Our Ability To Deliver Outstanding Results For Our Clients Starts With Our Team Of Smart, Capable Experts. We Come From a Diverse Set of Experiences.

The population of donkeys in Uganda has been estimated to be at 8000 donkeys, majority of these are in Eastern region in districts of Bukwo, kween, Kapchora. In these districts, these donkeys assist in fetching water, carrying heavy loads including food, market goods, even people. Donkeys also exist in other district though just as one or two usually found on farms. Here they help in carrying feeds, fetching water and atimes for easthetic reasons or prestige. In the former, animal welfare concerns are very many including: 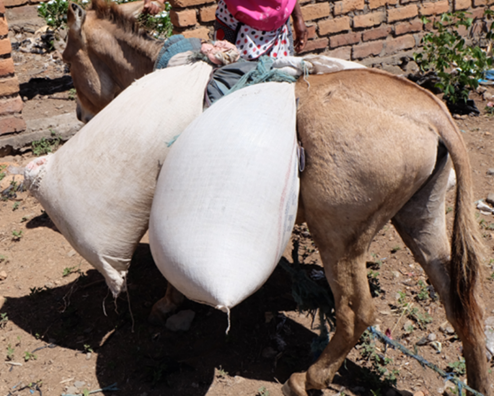 Donkeys in Uganda are mainly kept in North Eastern Uganda where the road network is so poor and thus they offer a cheap alternative means of transport. The districts with a lot of donkeys in the country include Kapchorwa, Kween, Bukwo and Amudat. Donkeys are estimated to be approximately 8000 in the above 4 districts.

Denied treatment. Donkeys are thought to be very resistant to diseases and thus some people ignore them to recover on their own when they get infected. This not only causes suffering but also death of some sick donkeys that are left un treated.Over working and overloading of donkeys. This is a very common practice in all donkey keeping communities in Uganda. Some people believe donkeys have no working limits.

Donkeys are given or allowed access to little grass/feed. People tend to give more care to other livestock than donkeys that are considered work animals. In most cases good grass is preserved for cattle and the bad/hard one is left for donkeys. some people even deny donkeys drinking water at homes since they are thought to have drunk at the wells when fetchingWounds. Majority of working donkeys in Kapchorwa have wounds around the tail due to lack of or poor harnessing materials used.

Lack of shelter. Majority of homesteads with donkeys dont have houses for them thus donkeys suffer terribly during adverse weather conditions such as heavy rains, strong winds, too much heat
Poor method of slaughtering donkeys. Donkeys are hit many times on the head using tree logs before they are slaughtered when they are uncouncious. The hitting causes alot of pain and suffering to the donkey. This practice is carried out on almost every market day in Namalusubcounty, Nakapiripirit district.Thefty. Stealing of donkeys for slaughter is still a common challenge in donkey keeping communities. Stolen donkeys are slaughtered in order to obtain skins from them which are considered to be of a high price value. 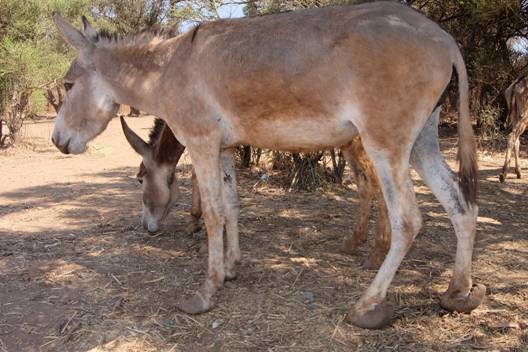 Recommendations/suggestions by the interview

Donkeys are a major form of transportation of food, fire wood, water in Kween district especially considering that it is a hilly area with a very poor road network. Quite often, women are the major users of these donkeys to transport food and firewood to markets and other urban areas. Veterinary services are available mainly in the larger centers and the rural areas are less well serviced, with very limited or even no mobile clinics, veterinary services are considered too expensive to use. Read About Our Report

The materials include; Dumped polythene, paper, dried soft grass, wood, wood shavings, banana leaves, old tyres of motorbikes and vehicles, old clothes, blankets and bed sheets, plastic bottles, feathery materials and other soft dried fiber, ropes.
Experience And Training On Designing And Creating Harnesses
Our team was trained and practiced in the designing and creating of harnesses through the different interactions with colleagues from Kenya as shown below;

Bam Animal Clinics is an animal welfare/health charity organization founded in August 2009. It was birthed out of love and concern for pets living in the hands of cruel masters.